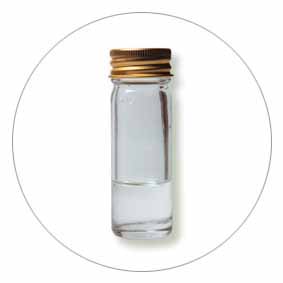 Ketamine [2-(2-chlorophenyl)-2-(methylamino)-cyclohexanone] is used as a general anaesthetic; in pain management to reduce opioid tolerance and withdrawal; in controversial drug-assisted psychotherapy; recreationally, as an ill-named "club drug"; and as an experimental tool to investigate the properties of mind.

Sub-anaesthetic doses of ketamine may induce feelings of euphoria, dreamy detachment, deep mystical insights, loss of normal time sense, "floating" weightlessly away from one's body-image, and an altered phenomenology of thought. Some users report merging with inanimate objects, vivid "near-death" experiences, extraterrestrial beings and meeting God - or Satan. By common consent, experience of the "K-hole" cannot adequately be captured in words. Ketamine-inspired insights are also hard to integrate into the rest of one's life - not least because the drug induces significant amnesia.

When ketamine is administered at higher, anaesthetic doses of 1 mg/kg intravenously, the subject may stare blankly into space with his or her eyes open for 10 or 12 minutes, still retaining significant muscle tone but unresponsive to environmental stimuli. This state of detachment was christened "dissociative anaesthesia" by University of Michigan researcher Edward Domino, who credits the term to his wife. The two classic dissociative anaesthetics are ketamine and phencyclidine.

Compound CI-581, soon renamed "ketamine" (Ketalar, Vetalar, Ketanest, Ketaset, etc) was first synthesized in 1961 by Calvin Stevens at Wayne University. Stevens conducted further research at the laboratory of Parke, Davis and Company from 1962. Researchers at the pharmaceutical firm were looking for an agent with less severe behavioural side-effects than the structurally related phencyclidine (PCP, Sernyl).

Ketamine was first tested on humans in 1964. The subjects were volunteers from a state prison in Michigan. Ketamine was widely employed as a field anaesthetic by the U.S. army during the Vietnam War.

Ketamine is a shorter-acting and less potent compound than PCP. It is a valuable anaesthetic for certain medical procedures, especially involving children; for use in asthmatics (ketamine is a bronchodilator); or where the patient's medical history is unknown e.g. after a traffic accident. Ketamine does not induce the respiratory depression associated with barbiturate anaesthesia, so its therapeutic index is higher. The drug is also a potent analgesic. Ketamine is still widely used as a sedative and immobilising agent in veterinary medicine. So-called "emergence reactions" limit its use in human patients. Non-human animals probably undergo emergence reactions too; but they are unable to articulate them.

Ketamine and its active metabolite norketamine are non-competitive antagonists of the N-methyl-D-aspartate (NMDA) receptor. NMDA receptor channels open in response to binding of the excitatory neurotransmitter glutamate. These ligand-gated cation channels are implicated in synaptic plasticity and long-term potentiation - the neural bases of learning and memory. Use of NMDA antagonists can cause amnesia. NMDA receptor antagonists can also mimic various aspects of the "negative" symptoms of schizophrenia.

Ketamine is available in tablet, powder, and liquid form. Psychoactive effects come on about 30 seconds after an intravenous injection; 2-4 minutes after an intramuscular injection; after 5-10 minutes via the intranasal route; and some 10-30 minutes after an oral dose on an empty stomach. The trip typically lasts 45 minutes to one hour. In three hours, the average user will have reverted to "normal" consensus reality of early 21st Century human primates.

In 2006, Dr Carlos Zarate of the National Institute of Mental Health (NIMH) reported that a single dose of ketamine could dramatically relieve treatment-resistant major depression within hours of injection. Most remarkably, the sense of well-being induced in otherwise refractory depressives can last for up to a week. Zarate's work successfully replicated and confirmed the pioneering research of Yale professor John Krystal in the 1990s; ketamine is off-patent, so research proceeds slowly.

The mechanism behind ketamine's antidepressant action is unclear; but activation of the AMPA subtype of glutamate receptors plays a role. Unpublished research from NIHM suggests that preventing AMPA activation inhibits ketamine's mood-brightening effect.

Unfortunately, the potential of NMDA antagonists as clinical antidepressants is limited by their psychoactive side-effects. Some subjects also find ketamine highly enjoyable - a shortfall rarely encountered with currently licensed pharmacotherapies for depression. Such subjects use the drug compulsively: ketamine increases extracellular dopamine levels in the reward centres of the nucleus accumbens. So the possibility of psychological dependence is high. Ketamine researcher Dr John Lilly used to take ketamine almost hourly for weeks on end in the Esalen flotation tank.