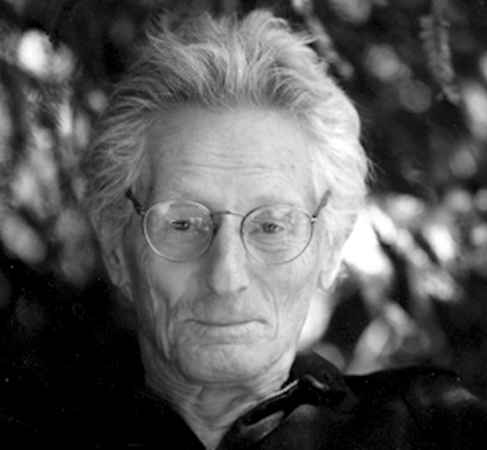 Dr John Lilly (1915-2001) began his career as an orthodox government research scientist: a biophysicist, inventor, neuroscientist and physician. He ended as a guru of the scientific counter-culture. The movie Altered States (1980) was partially inspired by Lilly and his drug-induced experiences in a sensory isolation tank. In his lifetime, Lilly published 19 books, notably Programming and Metaprogramming in the Human Biocomputer: Theory and Experiments (1972); and Man and Dolphin (1961) and The Mind of the Dolphin (1967), which explore the possibility of interspecies communication.

John Lilly was introduced to ketamine in the 1960s by Dr Craig Enright. Lilly was seeking to relieve his lifelong migraines. He had earlier sought relief by using LSD: the drug didn't work, though it had interesting side-effects. Lilly's experiences with LSD were described in The Centre of the Cyclone: An Autobiography of Inner Space (1972).

On 35mg of ketamine, Lilly felt he could actually perceive his migraine moving out of his skull. The pain hovered there in his perceptual field for some twenty minutes or so, only to migrate back. A ketamine dose of 70mg caused the migraine to migrate further afield before re-entering his [virtual] cranium. On 150mg of ketamine, the migraine again seemed literally to exit his head. The pain passed over the horizon, never to return.

Taking ketamine permanently cured Lilly's chronic migraine affliction. Migraine had haunted almost every day of his adult life. The therapeutic mechanism of the drug is unclear, although it is protective against hyperalgesia. Ketamine negatively modulates excitatory amino-acid function through its role as an N-methyl-D-aspartate (NMDA) receptor antagonist. NMDA is a subtype of glutamate receptor, glutamate being the main excitatory neurotransmitter in the brain. Most recurrent migraine sufferers who experiment with ketamine don't, however, achieve such spectacular results as Lilly from ketamine use. A minority of migraineurs derive significant benefit. Orally active NMDA receptor antagonists like memantine (Namenda, Axura), licensed to treat Alzheimer's disease, have a less dramatic side-effect profile. They may offer a better "off-label" option for refractory migraine sufferers, many of whom don't want to combine pain-relief with a mind-wrenching exploration of altered realities.

Understandably, Lilly was completely smitten with ketamine. He took the drug almost hourly for weeks on end in the Esalen flotation tank - the "Lilly tank" he had himself designed. This procedure is potentially dangerous in the absence of a minder. Pioneering drug-cocktail researcher D.M. Turner drowned in his bath while on ketamine; and Lilly himself would have done so on at least one occasion had his wife not delivered mouth-to-mouth resuscitation - a technique she had learned quite fortuitously only a few days before while reading the National Inquirer.

Initially, Lilly hoped to "reprogram his human bio-computer". But when on ketamine, Lilly came to believe he could communicate with extraterrestrial or other-dimensional intelligences - representatives of Good and Evil. The benevolent intelligences were agents of ECCO ["Earth Coincidence Control Office"]. In Lilly's words:

"ECCO runs our lives, though we won't admit it. If you're an ECCO agent, you can be very, very careful to use your best intelligence in ECCO's service, and you realize there are no discoveries, there are only revelations. That was a come-down for me as a scientist."

John Lilly was undoubtedly an intrepid psychonaut who investigated consciousness with the dedication that more conventional scientists devote to probing exotic states of matter and energy in the non-living world. Regrettably, in doing so Lilly became psychotic.

All sorts of weird extraterrestrials/exotic brain states may be disclosed to subjects who take major psychedelics at high enough doses. Like God (and the Devil), aliens lurk within our synapses. Perhaps the only way to gain knowledge of such states may be to instantiate their neurochemistry and discover their subjective properties. However, contra Dr Lilly, there is no scientific evidence that extraterrestrials exist outside the minds of conscious subjects and their mind-dependent virtual worlds. And contra Aldous Huxley - whose marvellous Doors of Perception (1954) was inspired by taking mescaline from the "divine cactus" peyote - there is no evidence that psychedelics "cleanse" the doors of perception and help us become more keenly discriminating perceptual realists. Instead, psychedelics unlock state-spaces of experience that transcend the resources of our normal conceptual scheme. Unfortunately, we lack the semantic primitives with which to express such novel categories of experience to drug-naïve subjects - or even to our drug-free selves. Worse, our memory is highly state-dependent. So the very nature of the outlandish state-space revealed may be lost to recollection - at least until the subject tries a given psychedelic again. Thus psychonauts exploring the wildest reaches of psychedelia must either allude to the "ineffable" or risk gibbering nonsense. Neither response invites intellectual respect from the drug-naïve. Sustained and systematic methodological rigour of the kind pioneered by Alexander Shulgin (cf. PiHKAL) is extremely rare - and currently unsurpassed.

Yet "out-of-the-body" experiences commonly reported by ketamine users do illustrate what might otherwise seem an idle philosophical fancy. What one ordinarily apprehends as the vast macroscopic world of the senses is just an (almost) real-time simulation of the local environment run by every awake mind/brain. Self-replicating DNA churns out such disposable egocentric worlds by the billion. Macroscopic worlds serve as computational survival tools for the organic robots whose brains sustain them. On this analysis, perceptual direct realism is a delusive belief-system no less fanciful than the entities from ECCO. Long before The Matrix, poet Emily Dickinson writes:

In Western culture, our waking virtual worlds are not typically populated by extraterrestrial beings (or elves or fairies or angels, etc) - unless one is tripping, severely sleep-deprived, in a sensory deprivation tank, or perhaps all three. Patterns of irritation on our sensory surfaces partially select the contents of our virtual worlds so their features causally co-vary. This (partial) causal co-variation sustains the illusion that we are actors with direct access in a shared public arena. Likewise, evolution via natural selection has ensured that the multiple body-images cortically represented within every mind/brain are normally superimposed, not autonomously free-floating. Thus each of us ordinarily lives in an egocentric virtual world centred around an integrated body image and its more-or-less unitary self-concept. This kind of neural architecture was adapted to maximise the inclusive fitness of our genes in the ancestral environment. But on substantial yet still sub-anaesthetic doses of ketamine, our visual, somatosensory and prefrontal cortical self-images may separate or start to fragment. Awareness persists without agency or the capacity to communicate. Thus in a hospital operating theatre, one brain module of a patient under light ketamine anaesthesia may subjectively find itself looking down on (another module's cortical representation of) the patient's physical body. Such a phenomenon would literally be an out-of-body experience - and a refutation of scientific naturalism - only if the mind/brain has direct perceptual access to its extracranial body. As illustrated by the "phantom limb" phenomenon of amputees, this is not the case. Body-images and macroscopic worlds alike are "phantoms of the brain", albeit phantoms that are sometimes veridical.

The molecular mechanism behind the "K-hole" and its manifestations is elusive. But it is no more (or less) a mystery than how the multiple feature detectors and cortical representations in the brain are "bound" together in everyday waking consciousness to generate a unitary self and the solid [virtual] world it seems to inhabit. Ketamine's potential as an experimental tool to investigate both the "binding problem" and the neurological construction of the self remains almost unexplored in mainstream science and academic philosophy of mind. Given the alien-infested fate of John Lilly, extreme caution may indeed be prudent.